I wanted to talk a little about the place I´ve been working for the past 1 year.

It´s a NGO called Design Possível and It was created in 2004 as an extension course at Mackenzie University in São Paulo by professor Ivo Pons.
In the beggining it use to do projects in poor communities in the peripheral area of São Paulo, teaching entrepeneurship for cooperatives of seamstresses and others, developing new products for companies and the retail market and helping in the formation of new groups.
Nowadays we are a group of around 15 employees, interns and volunteers with the same objective of using design as a tool for a transformation in the society, working in association with several NGOs, cooperatives and design studios.
We have several big projects with companies of the automotive industry, airlines companies, furniture companies and others seeking not only the insertion of new people in the market but also trying to input concepts such as sustainability and social economy in these companys.
Although we became a NGO independent of the university we still have a strict connection with universities and students of Brazil by supporting and incubating their projects and participating in students events to promote the social design. 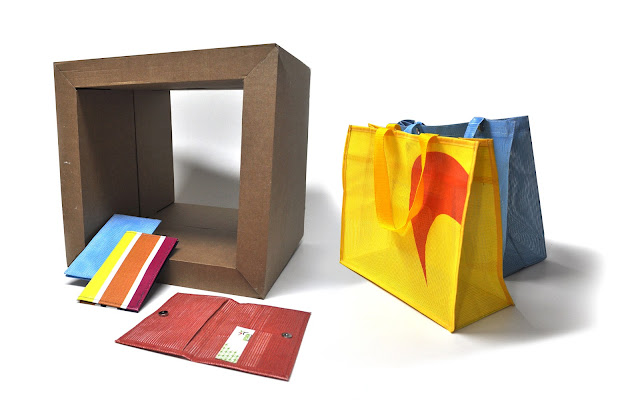 Here is an example of our work.
We and our partner Mapinguari Design were invited by Fundo Vale to make the decoration of their forum about sustainability. We propose to do an event with the minimum of waste. So we used cardboard boxes that were designed by us to create big totems that were settled outside the forum auditorium, in the lobby. Those totems were dressed with all the graphic communication of the event that were made of PET textile.
After the public entered the forum auditorium to attend sustainability lectures, we undressed the totems and with the help of a group of seamstresses from a peripheral area of São Paulo, we used the PET textile to produce cases for notebooks while the event was happening.
When the guests left the auditorium they were surprised when we handed them those cases as a gift. 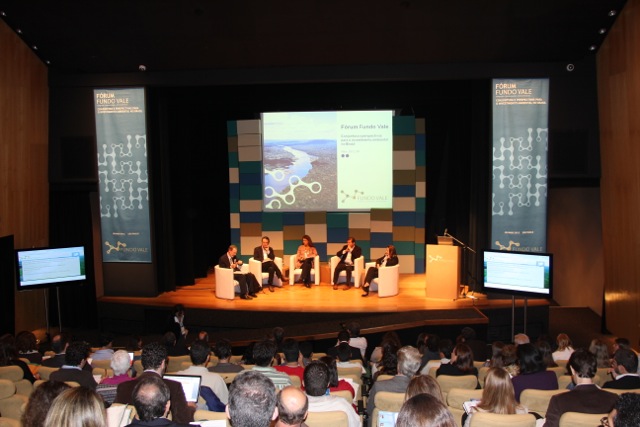 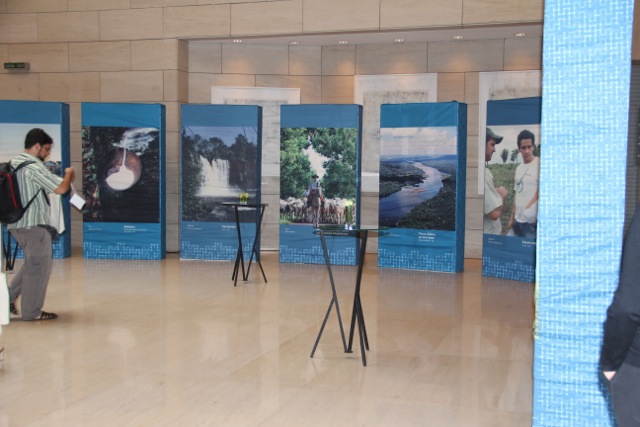 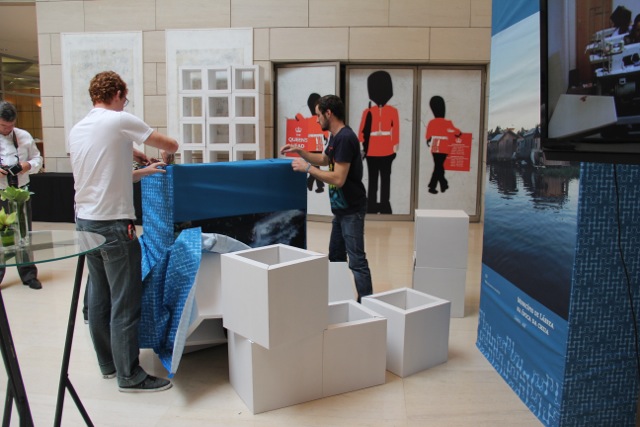 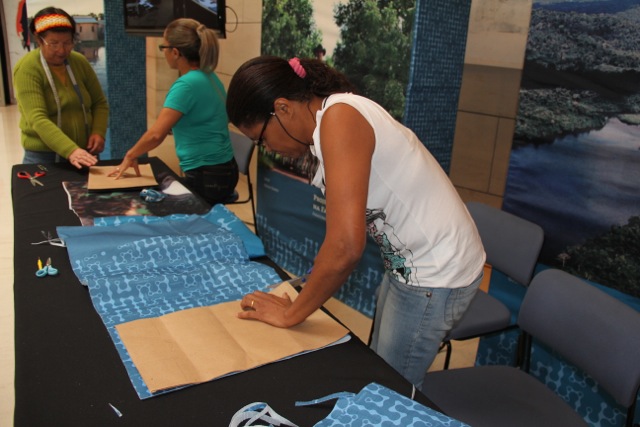 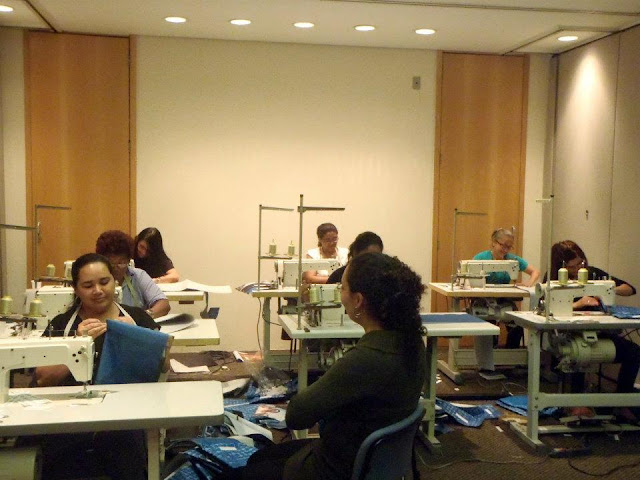 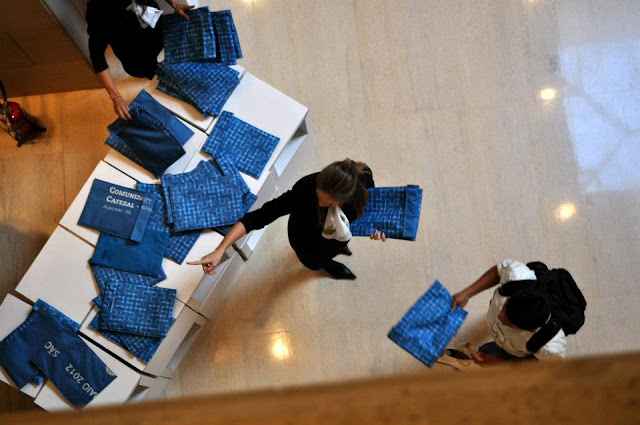 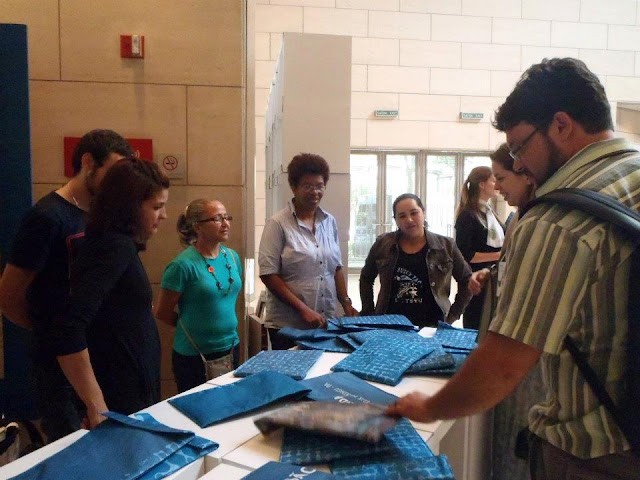 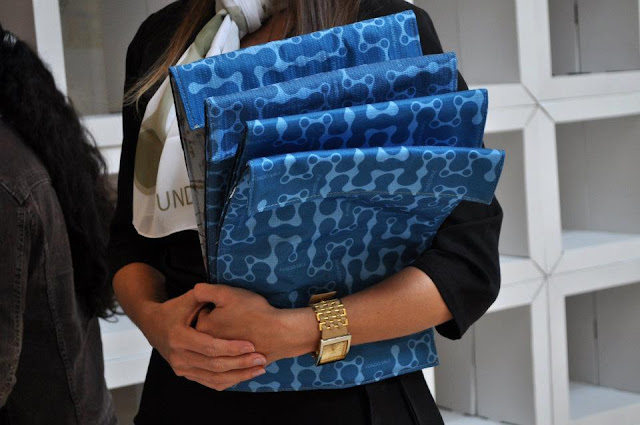